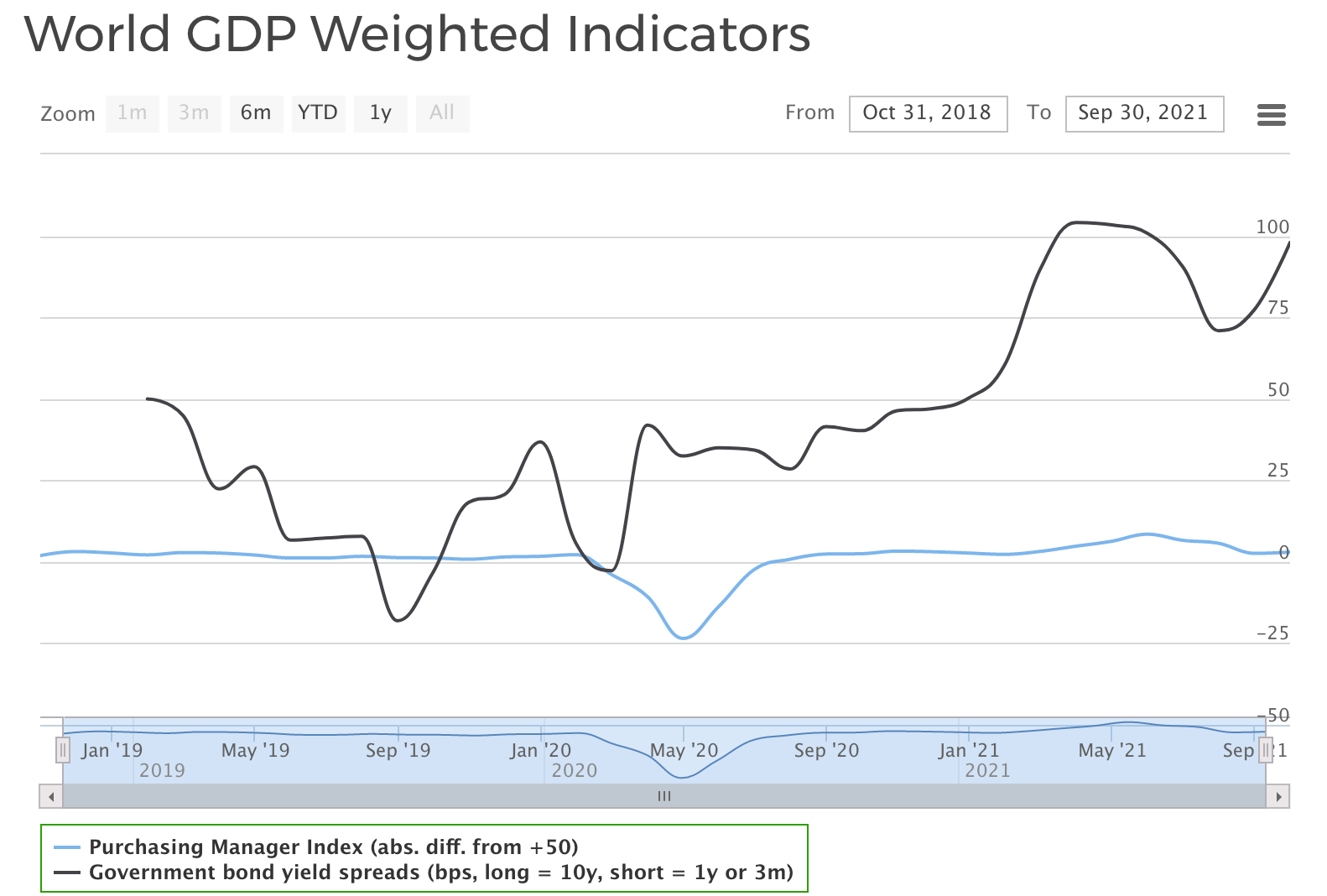 Improving outlook in all major economies

World Composite PMI was 53.0, indicating growing expectations for manufacturing and services. All major economies except Japan have composite PMIs over 50. Purchasing Managers’ Composite World Index dipped a bit during summer, but showed improved outlook in September.

Chinese PMI also improved when compared to situation in three months ago. Chinese outlook is still quite uncertain, which administration trying to cool down property sector and excessive speculation, this having an obvious effect on the wider economy.

Yield spreads have widened again after tightening during summer. Bond markets are still indicating that we’re in expansion phase in economic cycle.

Equity markets have corrected somewhat in September, after long and steady upward march since bottoming in March 2020. Indicators are not showing marked signs of fatique in economic cycle, so we expect positive development towards end of the year, as it has many times been a season of optimism in markets.