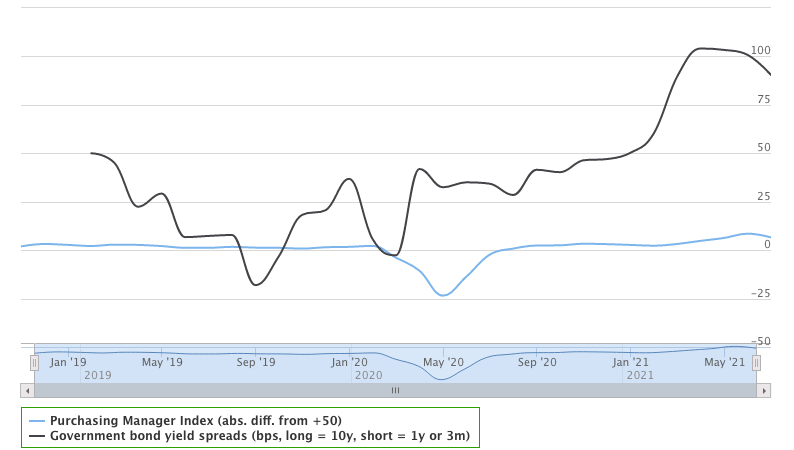 World Composite PMI was 56.6, indicating strong growth. All major economies except India and Japan have composite PMIs over 50. India and Japan are still suffering from high infection counts having an effect on economic activity.

China’s composite PMI is just over 50 though, having contracted in one, three and six month timescales. Analysts are pointing out that extra credit being pushed through China’s state owned banks to economy is fast losing its effect1, hence the PMI showing expansion just barely. China’s credit impulse (2nd derivative of credit amount) is observed to be strongly correlated to major export nations industrial PMIs and being a leading indicator (among others) to Germany’s industrial output levels. US is less reliant than Eurozone from China, so cooling Chinese economy would have a bigger effect for Europe than for US.

Slowing growth coupled with stretched equity market valuations exposes stocks to potentially fast and sharp contractions. Nothing yet points to overall development turning negative though. We expect minor/major corrections being possible in coming H2, with overall trend being positive.