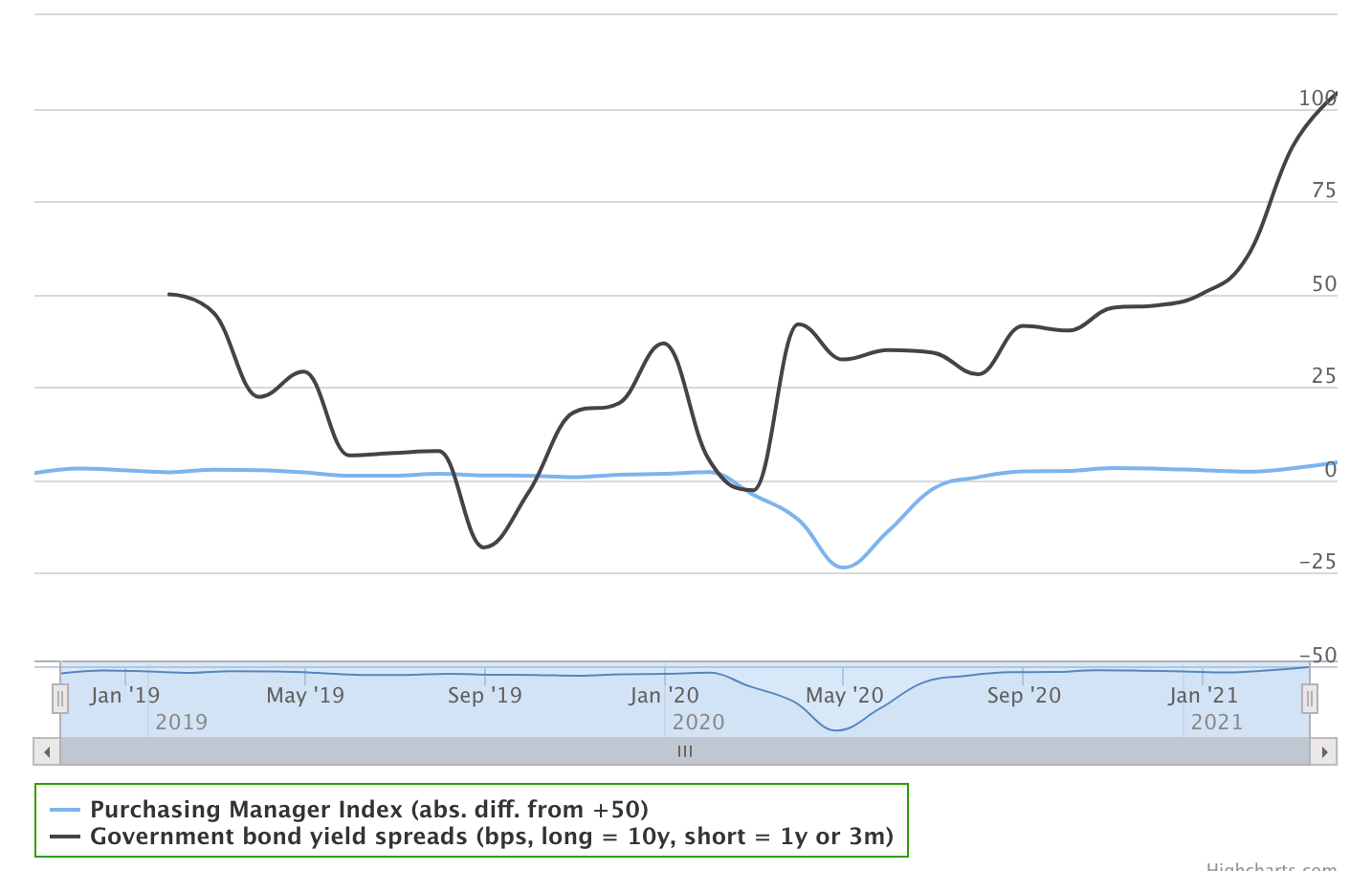 Q2 indicators are still pointing at strong growth, especially in US, but also in UK and India. All of the biggest economies except Brazil and Japan are showing robust growth.

Robust growth in all indicators

World Composite PMI was 54.80, indicating strong growth. Also Eurozone has managed to lift itself into growth path, with combined PMI increasing 9 % from february. Brazil is the only major economy showing shrinking activity, probably because of difficult COVID situation. COVID isn’t the only thing that matters though; India has recently been posting record number of infections, but its PMI is still showing robust growth. Economic activity is more reliant on people’s sentiment than just raw infection numbers.

Government yield spreads between long and short duration bonds are still increasing, now GDP weighted spread being above one percent, a record number in the history of Salkku State of World Economy.

Summer of 2021 is going to be very strong in terms of economic activity. There are signs of overheating especially in stock market, as measured by valuations of biggest growth companies, amount of private equity money searching for takeover targets and IPO valuations reaching highs that are often seen during later stages of economic cycle.