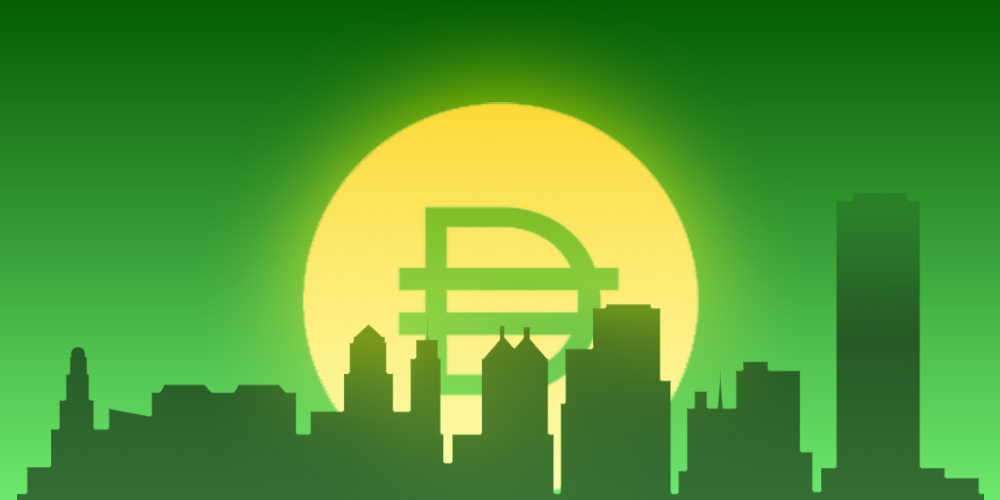 Invention of cryptocurrencies has inspired many people to explore the nature of currency and money itself (including this author). Even more interesting, and less discussed, aspect of economy is how growth is enabled by the same process of money creation. Cryptocurrencies provide us an interesting case study of how economic growth, and wealth creation in general, works. New development in cryptocurrency world called decentralized finance is set to disrupt the old world order.

Cryptocurrencies have value because people are willing to exchange them with each other based on market rates. Market rates are constantly auctioned on centralized or decentralized marketplaces, where buyers and sellers find each other. Cryptocurrency value is one part based on utility, like transfer of value or store of value, and another part on future expectations. Because cryptocurrencies are thought to have potential to transform the world of finance and money, they have a positive expected value in the future.

When Satoshi Nakamoto/Hal Finney created Bitcoin, he single handedly set on motion a process that has created vast amounts of new wealth (~220 billion USD as of today). So wealth in the digital era can and is as we speak being created out of thin air (with help of power/electricity and computing hardware). Biggest cryptocurrencies like Bitcoin and Ethereum can be classified as commodities, just gold or oil. Commodities of old world were dug out of ground, but commodities of digital age are just data residing in distributed ledgers spread around the world. This digital data/wealth creation process is not arbitrary: Satoshi introduced a mechanism where computers race to perform some work (Proof of Work) for the privilege of being able to process ledger functions and create a little bit of new cryptocurrency in the process in predefined time intervals.

Commodities are bedrock of any economy: they are natural resources that have value in themselves or in processed form. Extracting/refining them creates new wealth. Another way to create wealth is through investments. That means creating new money through monetary mechanism of debt, and putting that money to work.

To understand how economic growth works, lets consider a case of a bank. Banks are in their most basic form institutions designed to take in deposits, and to lend money for those in need. Important point to understand is that money being lent is not tied to deposits. Instead, banks are allowed to leverage their balance sheet, which means they can loan out more money that they have as deposits and other liquid assets. Leveraging balance sheet means, that banks are allowed to create new money by giving out new loans. In this process bank creates a new loan, debtor receives credit on his account, and bank writes the loan as an asset on it’s balance sheet. This is the simple process of money creation1.

Now, economy has potential to grow, when the debtor puts his/her newly created money to work. When this loan is invested into a new business, it has (in general) a positive expectation of return. This expectation is realized into concrete profit or loss, when investor pays back the loan he/she received from the bank. If the business generated enough money to pay back the loan and interest, any surplus is then retained as new wealth that was created with the help of initial investment. In opposite case, the business did not generate enough new value to cover the payment of principal and interest, and wealth was destroyed when the business defaulted on it’s debt. In aggregate, capitalism has shown itself to be able to generate more profits than losses, so net value increase of the system over time and impact for society remains positive.

Banks are also starting to emerge in cryptocurrency world. In there banks however work a bit differently. In particular, Ethereum has enabled the creation of decentralized banks, where the loan/money creation process is handled by fully autonomous smart contracts, which reside in distributed ledgers.

This brings us to decentralized finance, or DeFi, sometimes also called Open Finance. Biggest decentralized finance project in Ethereum ATM is Maker, which works like this: owner of cryptocurrency locks it up in a smart contract provided by Maker. That smart contract then issues new cryptocurrency token (a stablecoin called DAI) and credits these tokens into debtor’s address. Smart contract also constantly keeps monitoring (USD) value of collateral, and immediately liquidates (part of) them if their value drops below a threshold. Threshold is set high enough with enough margin, so that the smart contract is always able to guarantee the full settlement of the loan amount through liquidation of the collateral if need be. There are also additional safeguards to guarantee the overall systemic collateralization limit.

Note, that this process is analogous to how traditional banks are giving out loans, but with a few notable differences.

Decentralized finance is for savers/loaners too

Decentralized finance also extends it’s services to savers or loaners. DeFi projects are already offering people willing to provide loans interest rates that are significantly above current, very low rates offered by traditional banks (~5-7% ATM). If DeFi projects are able to maintain these kind of loan rates, I’d suspect a large amounts of capital outside of crypto ecosystem will enter into the market to enjoy high interest.

It’s also important to notice that decentralized finance is in no way inherently limited to Maker and Ethereum as a platform; similar project could work in any blockchain where sufficiently advanced smart contracts can be executed. In fact, Bitcoin would make an excellent collateral in decentralized finance because of it’s deflationary nature. Bitcoin has a natural tendency to depreciate in value because of it’s limited supply, and therefore as collateral would help to make sure that system would be stable and over-collateralized at all times.

A new, more inclusive and efficient, monetary system is being built on commodity-like, fully digital currencies. Overall effect is multiplication of the initial wealth creation by cryptocurrency mining, so that value in the cryptocurrency ecosystem increases in ever increasing speed as long as debt is put to use to finance new innovative projects in or outside of cryptocurrency ecosystem. This is a positive feedback loop with tremendous potential.

It’s hard to not overstate the importance of this new system. Finance is the most powerful service in the world, and just the hint that it’s about to be disrupted is sure to wake up fierce resistance from old masters. Stablecoins (in their centralized form) have already attracted reactions from central bankers (BIS, ECB), them perceiving stablecoins issued by other entities as competitors/threat to their traditional monopoly on gatekeeping money creation and private banks. It’s interesting to see what kind of scrutiny decentralized stablecoins go through while they continue to gain traction as native currency of decentralized finance.